Terror threat prevention in the UK

The UK continues to face a real and serious threat from terrorism and extremism.

In November, the terrorism level was once again raised from ‘substantial’ to ‘severe’ — meaning an attack is highly likely, but there is no specific intelligence regarding an imminent incident — following recent attacks in Austria and France.

But what does elevating the threat level mean in practice? 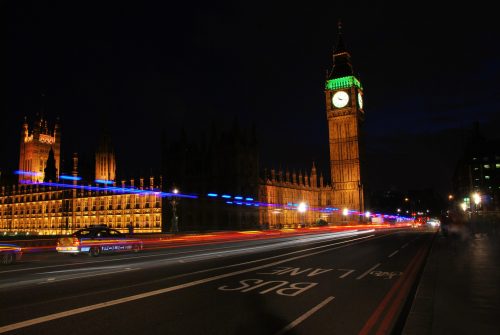 The terror threat level is set by the Joint Terrorism Analysis Centre (JTAC) and the Security Service (MI5), both of which are continually analysing ongoing threats around the world.

While it may feel vague to the public, it is based on available intelligence and broader analysis of international events. Whenever there is a successful terror attack, there are others out there who will try to emulate it. And that is why attacks elsewhere — such as in Vienna, Nice and Paris — will have rung alarm bells for agencies in the UK.

Postings from organised terror groups encouraging followers to carry out attacks are also an indicator of rising tensions. Lately, there has been a lot of renewed anger in many parts of Muslim communities over the republished cartoons of the Prophet Muhammad, and extremists have exploited this anger.

However, it is not just Islamic terrorism that is a threat. Right-wing extremism is also a growing concern, which has been accelerated by the amplification of online conspiracy theories during the pandemic.

According to Home Office data, there were 6,287 referrals to Prevent (part of the government’s CONTEST counter-terrorism strategy) in the year to 31 March — up 10% compared with the record low in the previous year. Of the cases denoted to the Channel programme for specialist support, 302 (43%) were referred for far-right extremism, and 210 (30%) were referred for Islamist radicalisation.

These figures prove that the threat landscape is now much more diverse and complicated than we have seen before.

For those working in the security industry, the decision to raise the threat level back in November will have come as no surprise.

Since the 9/11 attacks in 2001, significant steps have been taken (in many countries) to ramp up powers and tools for tackling developing terrorist threats — both in terms of physical security and surveillance.

Whilst the public will see only subtle changes, behind the scenes, police forces and counter-terrorism agencies have a comprehensive and multi-faceted strategy for dealing with extremism and terrorism.

The Prevent part of the UK Government’s counter-terrorism strategy is significant in the context of the pandemic. Throughout the COVID-19 crisis, social media has provided a means for far-right and other extremists to spread their ideology. Given the growing trend of ‘lone actor’ type attacks, this is particularly worrying. However, research demonstrates that, in many cases, there is communication with others, as well as research, planning and preparation involved in these attacks. Prevent aims to identify and monitor these individuals or small groups to stop them from being radicalised.

Other innovative approaches, such as exploiting advances in the latest security technology, are also improving the effectiveness of the UK’s terror response strategy — helping to pursue terrorist activity and protect critical infrastructure, as well as the general public.

Counter-terrorism agencies and police forces have a range of tactical and technical capabilities at their disposal, including covert surveillance assets and human intelligence sources. Overt tactics such as high-visibility policing at a variety of locations and security screening are also very effectual. For example, police officers and vehicle scanning equipment at ports play a crucial role in countering the current terrorist threat and maintaining national security.

For the government’s counter-terrorism strategy to be successful, it requires a collective effort from many different organisations across the UK — from hospital security managers to government officials.

Terrorist methods are constantly evolving, so it is vital that we do not become complacent. As such, we ALL need to remain alert and continue to adapt our security measures according to the rapidly developing threat landscape. Yet, it can often be difficult to identify gaps in our own security.

An objective viewpoint from a third-party security expert can help to identify any process or security infrastructure weaknesses at a facility or site. By inviting suggestions about how to improve or harness new or current security technologies more efficiently, security managers can then confirm the use or deployment of certain security technologies or resources.

2X Systems is at the forefront of world-leading vehicle scanners and security systems. To enquire about our security consultancy services, contact us today.

hypedmarketing2020-12-17T17:21:51+00:00December 17th, 2020|
We use cookies on our website to give you the most relevant experience by remembering your preferences and repeat visits. By clicking “Accept”, you consent to the use of ALL the cookies.
Cookie settingsACCEPT
Manage consent

This website uses cookies to improve your experience while you navigate through the website. Out of these, the cookies that are categorized as necessary are stored on your browser as they are essential for the working of basic functionalities of the website. We also use third-party cookies that help us analyze and understand how you use this website. These cookies will be stored in your browser only with your consent. You also have the option to opt-out of these cookies. But opting out of some of these cookies may affect your browsing experience.
Necessary Always Enabled

Performance cookies are used to understand and analyze the key performance indexes of the website which helps in delivering a better user experience for the visitors.

Analytical cookies are used to understand how visitors interact with the website. These cookies help provide information on metrics the number of visitors, bounce rate, traffic source, etc.

Advertisement cookies are used to provide visitors with relevant ads and marketing campaigns. These cookies track visitors across websites and collect information to provide customized ads.

Other uncategorized cookies are those that are being analyzed and have not been classified into a category as yet.

SAVE & ACCEPT
Go to Top